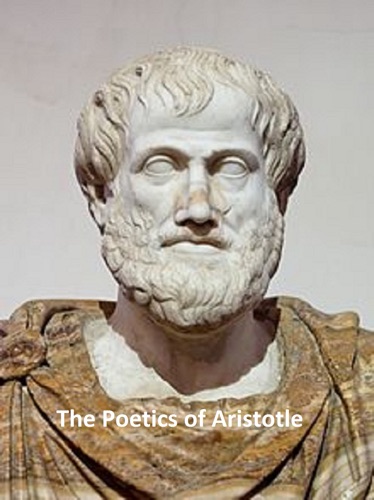 According to Wikipedia: "Aristotle's Poetics (c. 335 BCE) is the earliest surviving work of dramatic theory and the first extant philosophical treatise to focus on literary theory. In it, Aristotle offers an account of what he calls "poetry" (a term which in Greek literally means "making" and in this context includes drama—comedy, tragedy, and the satyr play—as well as lyric poetry and epic poetry)... Aristotle (384 BC – 322 BC) was a Greek philosopher, a student of Plato and teacher of Alexander the Great. His writings cover many subjects, including physics, metaphysics, poetry, theater, music, logic, rhetoric, linguistics, politics, government, ethics, biology, and zoology. Together with Plato and Socrates (Plato's teacher), Aristotle is one of the most important founding figures in Western philosophy. Aristotle's writings were the first to create a comprehensive system of Western philosophy, encompassing morality and aesthetics, logic and science, politics and metaphysics."