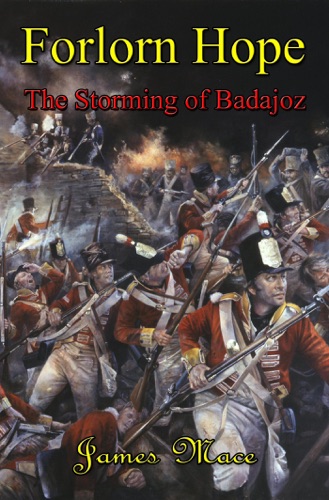 In the spring of 1812, the British army under Sir Arthur Wellesley, Earl of Wellington, has driven the French from Portugal. With Napoleon obsessed by the invasion of Russia, Wellington turns toward Spain. The way is barred by two fortresses, Ciudad Rodrigo and Badajoz. When Ciudad Rodrigo collapses after a short siege, Wellington prepares to break the fortress of Badajoz, the most formidable stronghold in Europe.

Lieutenant James Webster is in mourning following the loss of his wife, and he volunteers to command the small group that will lead the assault. Second in command is Sergeant Thomas Davis; recently diagnosed with a fatal illness, he prefers a valiant death in battle. Breaches have been blown into the walls of the southern bastions, Trinidad and Santa Maria, and here Wellington will unleash the 4th and Light Divisions, while launching diversionary assaults on the northern San Vincente bastion, as well as the Badajoz castle. Together with one hundred volunteers, the Forlorn Hope, Webster and Davis will storm the breach.

**Note: This novella serves as the prelude to the full-length novel of the Waterloo Campaign, "I Stood With Wellington"**

The Forever Dog by Rodney Habib & Karen Shaw Becker - Doggie Language by Lili Chin - Salamander 101: How to Learn About, Get, and Take Care of Salamanders From A to Z by HowExpert - The Life-Changing Magic of Tidying by Marie Kondo - Sibirische Katze by Roswitha Berger - Macskamágia by Jackson Galaxy - The Right Way to Play Chess by David Pritchard - The New World Champion Paper Airplane Book by John M. Collins - Building a Log Cabin In Alaska In Four Months by Charles Underwood - The Complete Guide to the Belgian Malinois: Selecting, Training, Socializing, Working, Feeding, and Loving Your New Malinois Puppy by Tarah Schwartz -