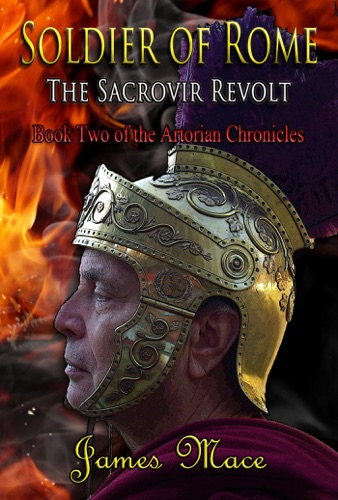 It has been three years since the wars against Arminius and the Cherusci. Gaius Silius, Legate of the Twentieth Legion, is concerned that the barbarians-though shattered by the war-may be stirring once again. He also seeks to confirm the rumors regarding Arminius' death. What Silius does not realize is that there is a new threat to the Empire, but it does not come from beyond the frontier; it is coming from within, where a disenchanted nobleman looks to sow the seeds of rebellion in Gaul.

Legionary Artorius has greatly matured during his five years in the legions. He has become stronger in mind; his body growing even more powerful. Like the rest of the Legion, he is unaware of the shadow growing well within the Empire's borders, where a disaffected nobleman seeks to betray the Emperor Tiberius. A shadow looms; one that looks to envelope the province of Gaul as well as the Rhine legions. The year is A.D. 20.

La saga SNC-Lavalin by Vincent Larouche - Midnight in Washington by Adam Schiff - On Corruption in America by Sarah Chayes - There Is Nothing for You Here by Fiona Hill - I Alone Can Fix It by Carol Leonnig & Philip Rucker - How to Be an Antiracist by Ibram X. Kendi - Super Mad at Everything All the Time by Alison Dagnes - The Miracle of the Kurds by Stephen Mansfield - Damned Nations by Samantha Nutt - Ship of Fools by Tucker Carlson -