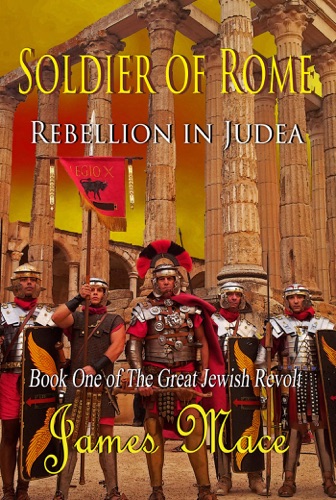 In the year 66 A.D. the Roman province of Judea exploded in rebellion. Far from being a revolution of unified peoples, the various Jewish factions of Sadducees, Zealots, Sicarii, and Edomites are in a state of civil war; as anxious to spill the blood of each other as they are to fight the Romans.

The Judeans find hope when the Romans commit a serious tactical blunder and allow their forces to be ambushed and nearly destroyed in the mountain pass of Beth Horon. Following the disaster, Emperor Nero recalls to active service Flavius Vespasian, the legendary general who had been instrumental in the conquest of Britannia twenty-three years before.

In the northern region of Galilee, a young Judean commander named Josephus ben Matthias readies his forces to face the coming onslaught. A social and political moderate, he fears the extremely violent Zealot fanatics, who threaten to overthrow the newly-established government in Jerusalem, as much as he does the Romans.

Soon Vespasian, a tactical and strategic genius who had never been defeated in battle, unleashes his huge army upon Galilee. His orders are to crush the rebellion and exact the harshest of punishments upon those who would violate the Peace of Rome. Lacking the manpower and resources to face the legions in open battle, Josephus knows he will need plenty of cunning, ingenuity, and, perhaps, even the intervention of God Himself, lest the once proud Kingdoms of Judah and Israel should become a kingdom of the damned.