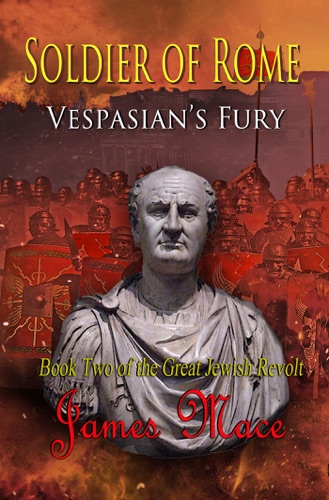 It is July of 67 A.D. The brutal, forty-seven day siege of the rebel stronghold of Jotapata, in Galilee, has ended. The Roman armies of Vespasian destroyed the city and captured the leader of the resistance, Josephus ben Matthias. While being interrogated by the Roman commanding general, Josephus makes a bold prediction; Nero's reign grows short and, in time, Vespasian himself will rise to become emperor. Intrigued, while also viewing the Jewish general as a great source of intelligence, Vespasian spares his life. He then unleashes a hell storm of fury upon the rest of Galilee and into Judea itself.

In Jerusalem, the fall of Jotapata is a tragic loss, with Josephus presumed dead and venerated as a martyr. The moderate government under Hanan ben Hanan is greatly weakened as a result of the defeat, with the various extremists seeking to install their own leaders as head of the Jewish State. The rival zealot factions soon become embroiled in a bitter and extremely violent civil war, oblivious or uncaring about the common enemy that is laying waste to the land.

Three thousand miles away, Rome is in a constant state of political turmoil. Vespasian attempts to stay above the fray, intent on finishing off the rebellious zealots, yet with Josephus' prophetic words ever-echoing in his mind.