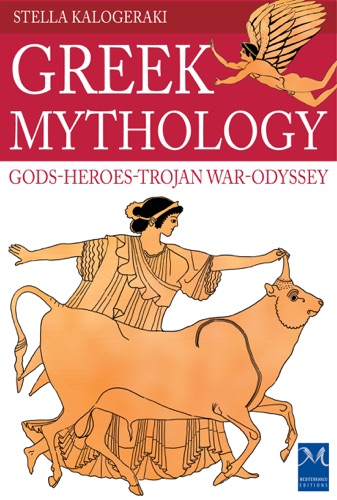 The myths of the twelve gods, the lesser gods, the heroes - both panhellenic and local - and the mythical campaigns, as they were recorded by the ancient Greeks and described by their poets, are brought alive in this book and transport the reader into an enchanted fantasy world. Gods ''in the image and likeness'' of man, with weaknesses and passions but at the same time all-powerful, radiant, immortal and ageless. Heroes who are human but have invincible physical strength and are fearless and self-sacrificing. Zoomorphic lesser divinities, one-eyed Cyclops, Centaurs with horses' bodies, hermaphrodite beings and terrible monsters - all these touch the imagination, entertain and educate; they are the very beginnings of European civilization. The richest mythology in the world is recounted in an easily understandable way, and lavishly illustrated with representations both from the art of ancient Greece and from works dating from the Middle Ages, the Renaissance and modern times, proving that it has never ceased to be a source of artistic inspiration. Zeus, Hera, Athena, Aphrodite, Apollo, Herakles, Theseus, Achilles all quickly passed beyond the borders of Greece to constitute a universal model for strength, wisdom and beauty.