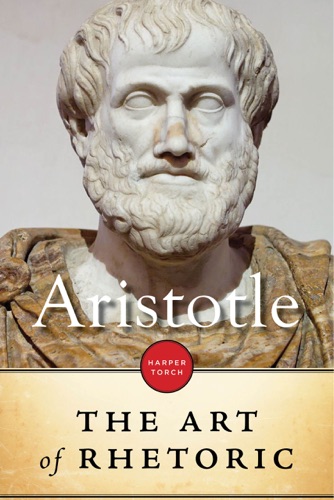 In The Art of Rhetoric, Aristotle demonstrates the purpose of rhetoric—the ability to convince people using your skill as a speaker rather than the validity or logic of your arguments—and outlines its many forms and techniques. Defining important philosophical terms like ethos, pathos, and logos, Aristotle establishes the earliest foundations of modern understanding of rhetoric, while providing insight into its historic role in ancient Greek culture.

Aristotle’s work, which dates from the fourth century B.C., was written while the author lived in Athens, remains one of the most influential pillars of philosophy and has been studied for centuries by orators, public figures, and politicians alike.

HarperTorch brings great works of non-fiction and the dramatic arts to life in digital format, upholding the highest standards in ebook production and celebrating reading in all its forms. Look for more titles in the HarperTorch collection to build your digital library.