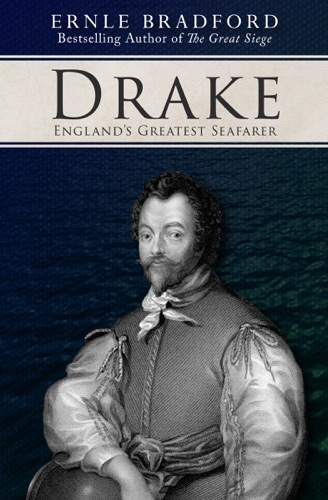 The authoritative biography of British explorer Sir Francis Drake, from the bestselling author of The Great Siege.

Long considered one of the great heroes of British history, Sir Francis Drake was a brilliant navigator, intrepid explorer, and fearsome warrior in Queen Elizabeth’s Royal Navy. He was also a pirate and profiteer who made a small fortune trading slaves. In this compelling biography, Ernle Brandford offers an unvarnished and finely detailed portrait of this complex and influential man.

Born to impoverished parents in Devon, Drake rose to power by his own efforts. In his most famous expedition, he sailed around South America through the Strait of Magellan, opening new trade routes for Great Britain. Continuing across the Pacific and around the tip of Africa, he became the first Englishman to sail around the world. Drake also played a key role in the defeat of the Spanish Armada when England was threatened with invasion in 1588. Vastly outnumbered, he led raids into Spanish ports, destroying dozens of ships. But while tales of his exploits have been told for generations, few authors have approached the story of his life with as much depth, authority, and honesty as Bradford.