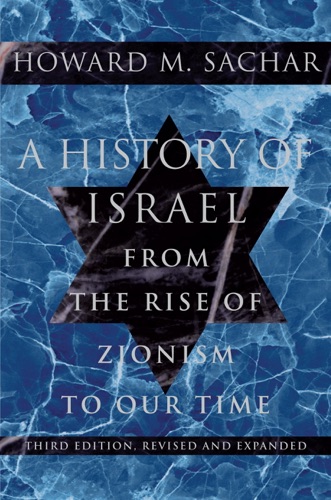 First published in 1976, Howard M. Sachar’s A History of Israel: From the Rise of Zionism to Our Time was regarded one of the most valuable works available detailing the history of this still relatively young country. More than 30 years later, readers can again be immersed in this monumental work. The second edition of this volume covers topics such as the first of the Aliyahs in the 1880s; the rise of Jewish nationalism; the beginning of the political Zionist movement and, later, how the movement changed after Theodor Herzl; the Balfour Declaration; the factors that led to the Arab-Jewish confrontation; Palestine and its role both during the Second World War and after; the war of independence and the many wars that followed it over the next few decades; and the development of the Israeli republic and the many challenges it faced, both domestic and foreign, and still faces today.

This is a truly enriching and exhaustive history of a nation that holds claim to one of the most complicated and controversial histories in the world.