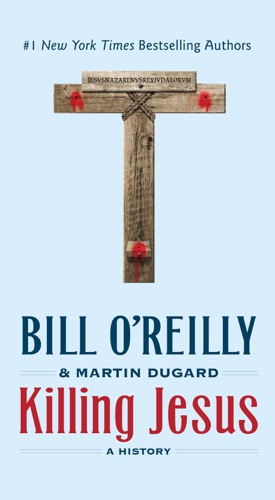 Millions of readers have thrilled to bestselling authors Bill O'Reilly and historian Martin Dugard's Killing Kennedy and Killing Lincoln, page-turning works of nonfiction that have changed the way we read history.

Now the iconic anchor of The O'Reilly Factor details the events leading up to the murder of the most influential man in history: Jesus of Nazareth. Nearly two thousand years after this beloved and controversial young revolutionary was brutally killed by Roman soldiers, more than 2.2 billion human beings attempt to follow his teachings and believe he is God. Killing Jesus will take readers inside Jesus's life, recounting the seismic political and historical events that made his death inevitable - and changed the world forever.