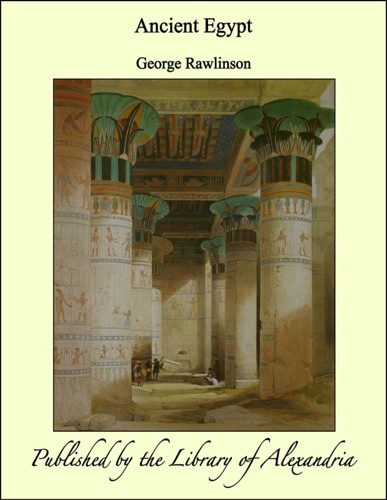 In shape Egypt is like a lily with a crooked stem. A broad blossom terminates it at its upper end; a button of a bud projects from the stalk a little below the blossom, on the left-hand side. The broad blossom is the Delta, extending from Aboosir to Tineh, a direct distance of a hundred and eighty miles, which the projection of the coast—the graceful swell of the petals—enlarges to two hundred and thirty. The bud is the Fayoum, a natural depression in the hills that shut in the Nile valley on the west, which has been rendered cultivable for many thousands of years by the introduction into it of the Nile water, through a canal known as the "Bahr Yousouf." The long stalk of the lily is the Nile valley itself, which is a ravine scooped in the rocky soil for seven hundred miles from the First Cataract to the apex of the Delta, sometimes not more than a mile broad, never more than eight or ten miles. No other country in the world is so strangely shaped, so long compared to its width, so straggling, so hard to govern from a single centre.