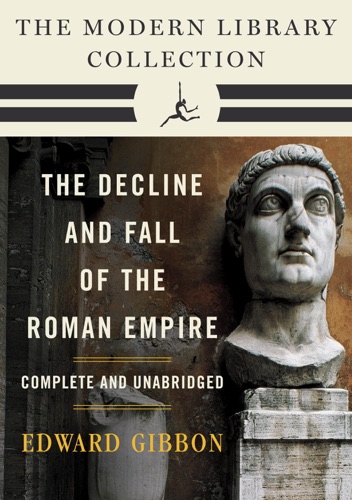 This Modern Library eBook edition collects all three volumes of Edward Gibbon’s towering masterpiece of classical history The Decline and Fall of the Roman Empire—complete and unabridged.

Edward Gibbon’s magnum opus narrates the history of the Roman Empire from the second century A.D. to its collapse in the west in the fifth century and in the east in the fifteenth century. Alongside the magnificent narrative lies the author’s wit and sweeping irony, exemplified by Gibbon’s famous definition of history as “little more than the register of the crimes, follies and misfortunes of mankind.”

An epic chronicle of uncommon literary distinction, The Decline and Fall of the Roman Empire is widely considered the greatest work of history ever written. This unabridged eBook bundle of the celebrated text edited by Professor J. B. Bury, considered a classic since it first appeared in 1896, includes Gibbon’s own exhaustive notes, Bury’s original Introduction and index, as well as a modern appraisal of Gibbon in an Introduction from Pulitzer Prize–winning historian Daniel J. Boorstin.