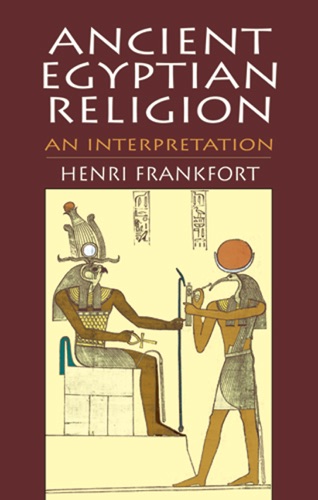 "[T]he author gives a well-integrated and thoughtful interpretation of Egyptian thought which endeavors to uncover the roots of Egyptian religion. It is at this point that Frankfort has made his great contribution." —Journal of Religion
Until the publication of this masterly study, Egyptian religion was thought by most scholars to be a nearly impenetrable jungle of weird myths, doctrines, and practices, the product of numerous unrelated local cults existing side by side. Misconceptions were exacerbated by the monotheistic bias of Western thought. Henri Frankfort, former Research Professor of Oriental Archaeology at the University of Chicago and former Director of Excavations for the Egypt Exploration Society of London, presents formidable evidence to the contrary, by disregarding local differences in cults and dogmas and focusing instead on the trends and qualities that regularly recur in five important aspects of Egyptian life. Using this method, Dr. Frankfort concludes that there is one conviction underlying all Egyptian belief, i.e., that the universe is static and that only the changeless is ultimately significant.
Delving into Egyptian theology, the author shows how that view informed not only religious beliefs, but also Egyptian moral and political philosophy, government and society, and literature and art. Enhanced with 32 illustrations, this book is "one of the finest elucidations of these materials that we have anywhere" (AmericanHistorical Review). Chronological Table. Index. Preface. 32 halftones.