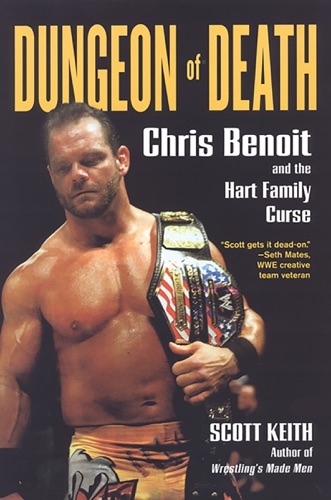 On June 25, 2007, Canadian pro wrestler Chris Benoit, his wife Nancy, and their seven-year-old son Daniel were found dead in their Fayetteville, Georgia, home. The ruling of murder-suicide caused a media frenzy and stunned wrestling fans around the world.

Yet the Benoit tragedy was only the latest in a string of disasters that have dogged Stampede Wrestling, operated by the Calgary-based Hart family. In the first book of its kind, Scott Keith offers an in-depth look at the Hart family "curse" that has left all the Stampede Wrestling alumnae either crippled or dead. Were these deaths preventable or inevitable? How did a sport famous for showmanship and entertainment become overrun by rampant drug use, depravity, and greed?

Chris Benoit isn't the only wrestler to be brought down by a history of drug use--many other big names in the sport have fallen victim to wrestling's drug culture and steroid obsession. Why has nothing been done about this, even now after these latest deaths?

Scott Keith knows wrestling from the inside out. This compelling and candid account reveals not only what's gone wrong in the world's most spectacular sport but what must be done to save it.