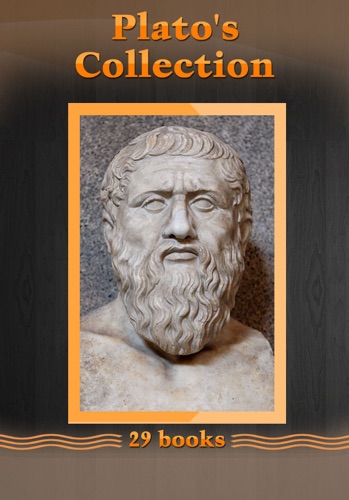 This book contain collection of 29 books

Classical Greek philosopher, mathematician, writer of philosophical dialogues, and founder of the Academy in Athens, the first institution of higher learning in the Western world. Along with his mentor, Socrates, and his student, Aristotle, Plato helped to lay the foundations of natural philosophy, science, and Western philosophy. Plato was originally a student of Socrates, and was as much influenced by his thinking as by what he saw as his teacher's unjust death.

Plato's sophistication as a writer is evident in his Socratic dialogues; thirty-five dialogues and thirteen letters have been ascribed to him. Plato's writings have been published in several fashions; this has led to several conventions regarding the naming and referencing of Plato's texts.