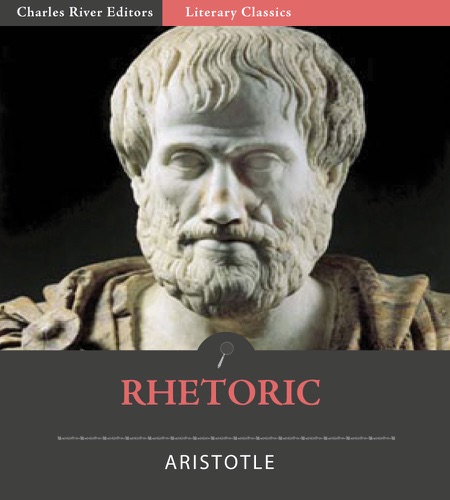 “Happiness is the meaning and the purpose of life, the whole aim and end of human existence” – attributed to Aristotle

Aristotle was the most famous and influential Greek philosopher in the 2,000 years after he lived, and he left his mark on everything from politics to the scientific method for the West.

Still, his most famous work is Rhetoric, his preeminent treatise on the art of persuasion. Rhetoric seems to have been a collection of notes written by Aristotle's students about his lectures, but nevertheless it has served as the foundation for the study of rhetoric ever since.  Aristotle is widely credited with being the forbearer of the study of the art of rhetoric.

This edition of Rhetoric is illustrated with pictures of the famous philosopher.