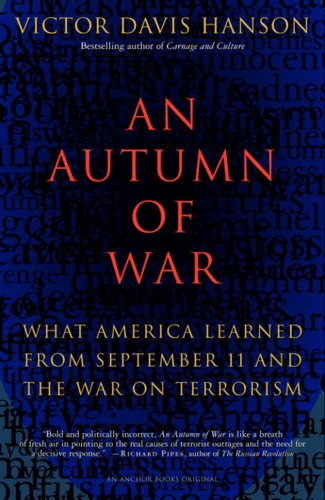 On September 11, 2001, hours after the terrorist attacks on New York and Washington, the eminent military historian Victor Davis Hanson wrote an article in which he asserted that the United States, like it or not, was now at war and had the moral right to respond with force. An Autumn of War, which opens with that first essay, will stimulate readers across the political spectrum to think more deeply about the attacks, the war, and their lessons for all of us.