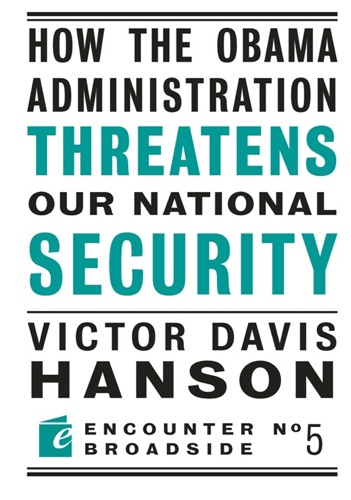 In this revealing broadside, Victor Davis Hanson explains how President Obama has imprinted his domestic ideology of victimhood onto a therapeutic, Carter-inspired foreign policy. In Obama’s vision, the United State renounces its role as a defender of the postwar order and instead becomes an agent of global change – one that questions our existing system of defense, values, alliances, interests, and commerce.

In tactical terms, Obama believes that his 'hope-and-change' rhetoric and non-traditional background give him a moral authority abroad that will trump any inconsistency in U.S. foreign policy. But, as Hanson explains, at some future date, regional hegemons like Iran, Russia and China will demand even more acquiescence on the theory that the present government of the United States either will not object, or will do nothing concrete to stop them.