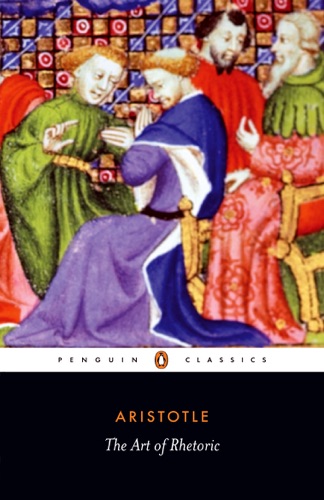 With the emergence of democracy in the city-state of Athens in the years around 460 BC, public speaking became an essential skill for politicians in the Assemblies and Councils - and even for ordinary citizens in the courts of law. In response, the technique of rhetoric rapidly developed, bringing virtuoso performances and a host of practical manuals for the layman. While many of these were little more than collections of debaters' tricks, the Art of Rhetoric held a far deeper purpose. Here Aristotle (384-322 BC) establishes the methods of informal reasoning, provides the first aesthetic evaluation of prose style and offers detailed observations on character and the emotions. Hugely influential upon later Western culture, the Art of Rhetoric is a fascinating consideration of the force of persuasion and sophistry, and a compelling guide to the principles behind oratorical skill.