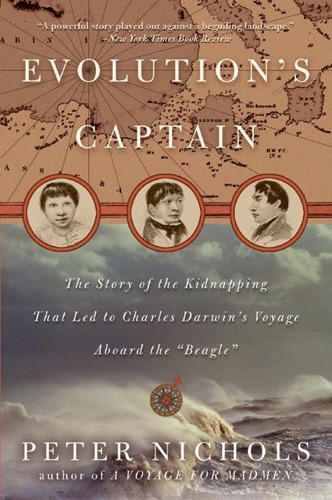 This is the story of the man without whom the name Charles Darwin might be unknown to us today. That man was Captain Robert FitzRoy, who invited the 22-year-old Darwin to be his companion on board the Beagle .

This is the remarkable story of how a misguided decision by Robert FitzRoy, captain of HMS Beagle , precipitated his employment of a young naturalist named Charles Darwin, and how the clash between FitzRoy’s fundamentalist views and Darwin’s discoveries led to FitzRoy’s descent into the abyss.

One of the great ironies of history is that the famous journey—wherein Charles Darwin consolidated the earth-rattling ‘origin of the species’ discoveries—was conceived by another man: Robert FitzRoy. It was FitzRoy who chose Darwin for the journey—not because of Darwin’s scientific expertise, but because he seemed a suitable companion to help FitzRoy fight back the mental illness that had plagued his family for generations. Darwin did not give FitzRoy solace; indeed, the clash between the two men’s opposing views, together with the ramifications of Darwin’s revelations, provided FitzRoy with the final unendurable torment that forced him to end his own life.