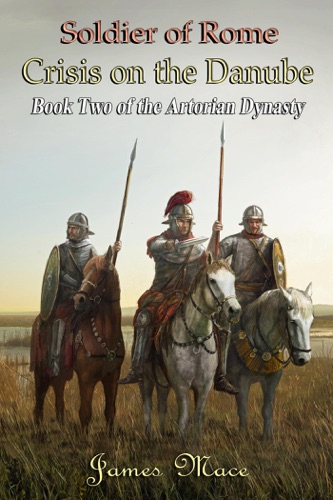 Since the reign of Emperor Tiberius, an uneasy peace has existed along the Danube frontier between the various Sarmatian tribal kingdoms to the north and the Roman Empire to the south. Now, a new threat has emerged in Dacia, as the aged King Duras seeks to unite his people; a feat not witnessed since the legendary King Burebista more than a century before. With great audacity, Duras sends his heir, Prince Decebalus—whose name means strength of ten men—into Roman Moesia. Pursuing more than glory and spoils, Duras hopes to win back some of the disputed territories south of the Danube and halt the increasing encroachment of the Roman Empire.

Early Dacian victories, coupled with the death of the imperial governor, find Rome engaged in an unexpected war it was ill-prepared for. Unlike most 'barbarian' peoples the Empire has faced over the centuries, the Dacians are better equipped, organised, and like the Romans, possess a professional army. With great duress, Emperor Domitian orders vast numbers of reinforcements to the Danube.

Thousands of miles away, across the seas in Britannia, Gaius Artorius Armiger's tenure as prefect of the legendary cavalry regiment, Indus' Horse, is coming to an end. Now in his early forties, with his children coming of age, Gaius is eager to relinquish command and either take up a civilian posting or, perhaps, retire to his family's manor in Londinium. His hopes are dashed following a despatch from the emperor, extending his command, while ordering Indus' Horse to make for Moesia with all possible speed.

Thousands of imperial soldiers from across the Empire converge along the Danube with Indus' Horse but one element of the British contingent. Gaius bids an emotional farewell to his wife and children before taking to his horse, in what he hopes will be his final campaign as a soldier of Rome.