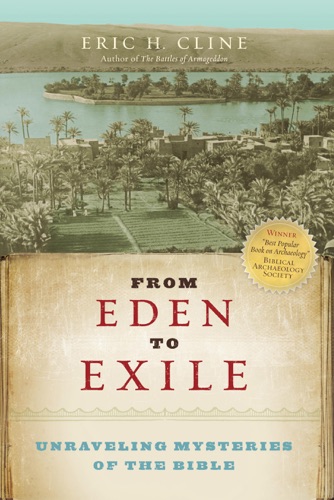 Eric H. Cline uses the tools of his trade to examine some of the most puzzling mysteries from the Hebrew Bible and, in the process, to narrate the history of ancient Israel. Combining the academic rigor that has won the respect of his peers with an accessible style that has made him a favorite with readers and students alike, he lays out each mystery, evaluates all available evidence—from established fact to arguable assumption to far-fetched leap of faith—and proposes an explanation that reconciles Scripture, science, and history.

Numerous amateur archaeologists have sought some trace of Noah's Ark to meet only with failure. But, though no serious scholar would undertake such a literal search, many agree that the Flood was no myth but the cultural memory of a real, catastrophic inundation, retold and reshaped over countless generations. Likewise, some experts suggest that Joshua's storied victory at Jericho is the distant echo of an earthquake instead of Israel's sacred trumpets—a fascinating, geologically plausible theory that remains unproven despite the best efforts of scientific research.

Cline places these and other Biblical stories in solid archaeological and historical context, debunks more than a few lunatic-fringe fantasies, and reserves judgment on ideas that cannot yet be confirmed or denied. Along the way, our most informed understanding of ancient Israel comes alive with dramatic but accurate detail in this groundbreaking, engrossing, entertaining book by one of the rising stars in the field.