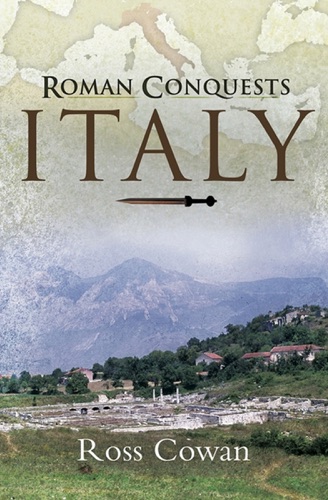 The author of For the Glory of Rome details the conflicts ancient Rome endured to defeat its neighbors and take over the Italian Peninsula.

The first of the exciting Roman Conquests series, this volume will look at how Rome went from just another Latin town under Etruscan rule, to a free republic that gradually conquered or dominated all her Italian neighbors. With hindsight we know that Rome, which won its independence from the Etruscan kings around 510 B.C., went on to conquer the greatest empire ever known, yet it took three hundred years just to become master of all the peninsula. This involved desperate struggles for survival against their Italian neighbors: Etruscans, Latins, Samnites, Umbrians, Lucanians, the Greek colonies in the south, and the ferocious Celts of northern Italy—plus invading armies from further abroad like those of Pyrrhus of Epirus and the Carthaginian genius, Hannibal. Rome’s survival, let alone her eventual greatness, was never a foregone conclusion while such formidable enemies were to be found so close to home.