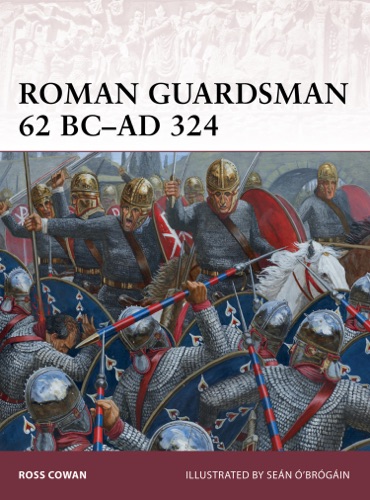 From the civil wars of the Late Republic to Constantine's bloody reunification of the Empire, elite corps of guardsmen were at the heart of every Roman army. Whether as bodyguards or as shock troops in battle, the fighting skills of praetorians, speculatores, singulares and protectores determined the course of Roman history. Modern scholars tend to present the praetorians as pampered, disloyal and battle-shy, but the Romans knew them as valiant warriors, men who strove to live up to their honorific title pia vindex – loyal and avenging. Closely associated with the Republican praetorian cohorts, and gradually assimilated into the Imperial Praetorian Guard, were the speculatores. A cohort was established by Marc Antony in the 30s BC for the purposes of reconnaissance and intelligence gathering, but soon the speculatores were acting as close bodyguards a role they maintained until the end of the first century AD. This title will detail the changing nature of these units, their organization and operational successes and failures from their origins in the late Republic through to their unsuccessful struggle against Constantine the Great.