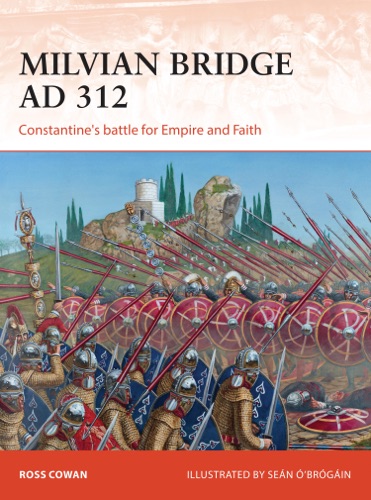 In AD 312, the Roman world was divided between four emperors. The most ambitious was Constantine, who sought to eliminate his rivals and reunite the Empire. His first target was Maxentius, who held Rome, the symbolic heart of the Empire. Inspired by a dream sent by the Christian God, at the Milvian Bridge region just north of Rome, he routed Maxentius' army and pursued the fugitives into the river Tiber. The victory secured Constantine's hold on the western half of the Roman Empire and confirmed his Christian faith, but many details of this famous battle remain obscured. This new volume identifies the location of the battlefield and explains the tactics Constantine used to secure a victory that triggered the fundamental shift from paganism to Christianity.