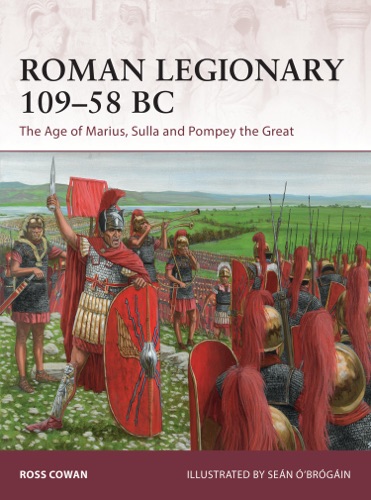 The Roman centurion, holding the legionaries steady before the barbarian horde and then leading them forward to victory, was the heroic exemplar of the Roman world. This was thanks to the Marian reforms, which saw the centurion, although inferior in military rank and social class, superseding the tribune as the legion's most important officer. This period of reform in the Roman Army is often overlooked, but the invincible armies that Julius Caesar led into Gaul were the refined products of 50 years of military reforms.
Using specially commissioned artwork and detailed battle reports, this new study examines the Roman legionary soldier at this crucial time in the history of the Roman Republic from its domination by Marius and Sulla to the beginning of the rise of Julius Caesar.