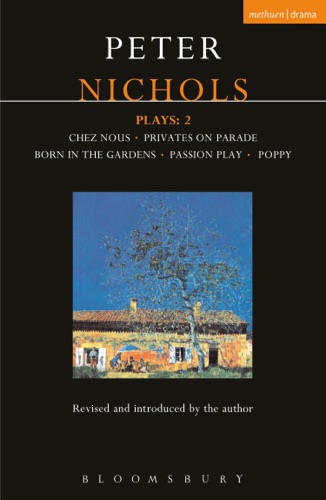 This volume continues the stage plays of Peter Nichols, newly revised and introduced by the author. Chez Nous is about English couples who bring their emotional baggage with them on a holiday to France; Privates on Parade is a hit play inspired by the author's experience in Singapore after the war working for the Combined Services Entertainments where he met among others John Schlesinger and Kenneth Williams at a time when 'mixed' entertainment relied on men dressing up as women; Born in the Gardens is inspired by the author's native city Bristol while Passion Play is a play about passion among the elderly - won Best Play (Evening Standard) in 1981. Poppy (the musical that opened the RSC's residence at the Barbican) is set in the Victorian Far East. It takes a pop at imperial hypocrisy and wickedness and won the Best Musical award.