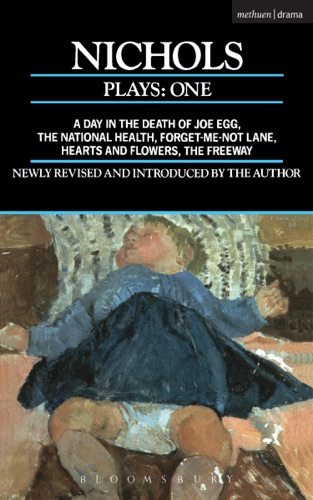 A Day in the Death of Joe Egg is based on the author's experience of having a mentally handicapped child and won the John Whiting Award; The National Health was commissioned by Kenneth Tynan for the National theatre and follows the story of a Labour MP who goes into a state hospital suffering from a nervous collapse. It won the Evening Standard Best Play Award; Forget-me-not Lane is a trip down memory lane from the author's own childhood growing up in the West Country; Hearts and Flowers is a TV play about the rivalry between two brothers, one a school teacher living in Bristol the other a successful news journalist and their shared interest in a woman; Freeway is set in a traffic jam and attempts to answer the question of why the automobile has come to be seen to represent liberty incarnate in the modern era.