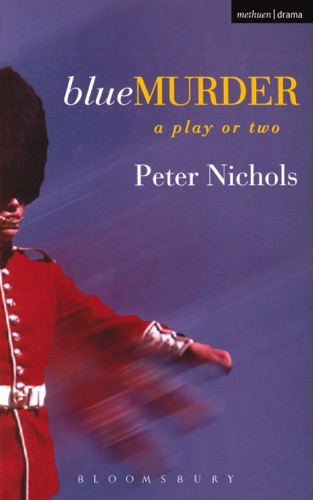 "Blue Murder is an absolute cracker, as ingenious as it is riotously funny" (Daily Telegraph)

Blue Murder opens with Foreign Bodies, where Swinging London meets bourgeois Shrewsbury and the drinks are laced with cyanide. As the son of the household struggles to write his first play, a murder story is offered to him on a plate. The second half, A Game of Soldiers, is a Whitehall farce taking place in St James's Palace. The same dramatist has brought his complete play to be censored but The Lord Chamberlain's Men have a few shameful secrets of their own to hide, including a priapic guardsman.