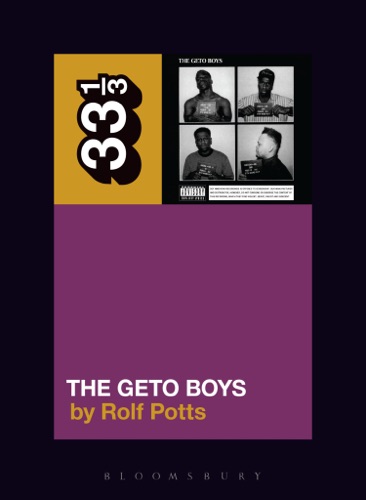 At the outset of summer in 1990, a Houston gangsta rap group called the Geto Boys was poised to debut its self-titled third album under the guidance of hip-hop guru Rick Rubin. What might have been a low-profile remix release from a little-known corner of the rap universe began to make headlines when the album's distributor refused to work with the group, citing its violent and depraved lyrics. When The Geto Boys was finally released, chain stores refused to stock it, concert promoters canceled the group's performances, and veteran rock critic Robert Christgau declared the group "sick m***********s."
One quarter of a century later the album is considered a hardcore classic, having left an immutable influence on gangsta rap, horrorcore, and the rise of Southern hip-hop.
Charting the rise of the Geto Boys from the earliest days of Houston's rap scene, Rolf Potts documents a moment in music history when hip-hop was beginning to replace rock as the transgressive sound of American youth. In creating an album that was both sonically innovative and unprecedentedly vulgar, the Geto Boys were accomplishing something that went beyond music. To paraphrase a sentiment from Don DeLillo, this group of young men from Houston's Fifth Ward ghetto had figured out the "language of being noticed" - which is, in the end, the only language America understands.