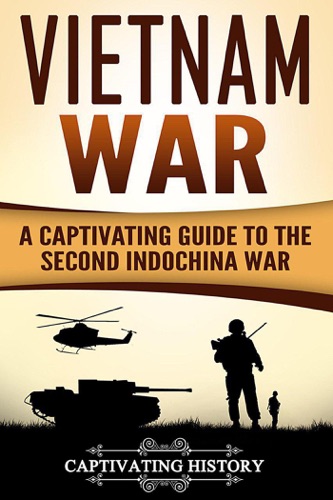 Explore the Captivating History of the Vietnam War

The Vietnam War represented a watershed not only in American and Vietnamese history but also internationally. It wasn't just a battle between two nations, but between two ideologies, two military strategies and a fight for the hearts and minds of two vastly different national populations.

Few conflicts in global history symbolize as much as Vietnam. From the civil rights movement to the role of the media in warfare, the Vietnam War was unique in the sense that it could not be contained as a military matter but transcended across every area of Vietnamese and American society. The word 'Vietnam' describes an era of history, not just an isolated war in a small nation in Southeast Asia. It is the lens through which the America and Vietnam of today must be interpreted. Few conflicts have or will ever shape the world as much as the Vietnam War.

Some of the topics and questions covered in this book include:

- The French and the First Indochina War

- Out of the Frying Pan, Into the Fire: The Government of Ngo Dinh Diem

- The Death of Two Catholic Presidents