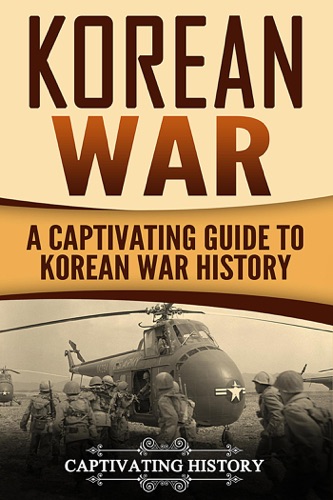 Explore how the Korean War Started, the Aftermath and the Events in Between

The narrative of the Korean War in the West, and particularly in the United States, tells the tale of a conflict between two global superpowers and competing ideologies in a far-flung corner of the globe.

The reality is that the wheels of motion that drove the country to war in 1950 began turning long before American boots set foot on Korean soil. The heart of the conflict was a civil war between a population arbitrarily divided by colonization and the global geopolitics at the end of the Second World War.

Challenging the widely perpetuated Western narrative and getting to the core of the Korean conflict is no easy feat. From assumptions that the outbreak of war was a deliberate act of communist aggression, to the notion that Eisenhower and Truman's constant threats of atomic annihilation broke the Chinese and North Korean spirit and led to the signing of the armistice, everything needs to be dissected and reviewed on its own factual merit to fully understand the nature of the war.
This guide seeks to pull this narrative curtain and peek behind at the truth of the matter, tracing the history of the war back to the Japanese occupation and uncovering the root of Korean nationalism that stirred the nation into the frenzy of civil war in 1950.

It is about an often-forgotten war, fighting for its place in history between the two behemoths of the Second World War and the Vietnam War, which was no less significant, no less destructive, and had no less impact on the global politics of the twentieth century.

Some of the topics covered in this book include:

- A Korea Divided: The US Occupation of the South

- The Forging of the North Korean State

- First Blood: The Outbreak of War

- Strike Hard and Strike Fast: The US Retreat

- The Bloody Ceasefire and Looming Bomb

- The Legacy of the Korean War

- And a Great Deal More that You don't Want to Miss out on!

Why Men Love Bitches by Sherry Argov - I Wish I Knew This Earlier by Toni Tone - Homo Deus by Yuval Noah Harari - Prisoners of Geography by Tim Marshall - The Transgender Issue by Shon Faye - Why Men Marry Bitches by Sherry Argov - The Diary of a Young Girl by Anne Frank - Cry Silent Tears by Joe Peters - Fall by John Preston - Men Are from Mars, Women Are from Venus by John Gray -