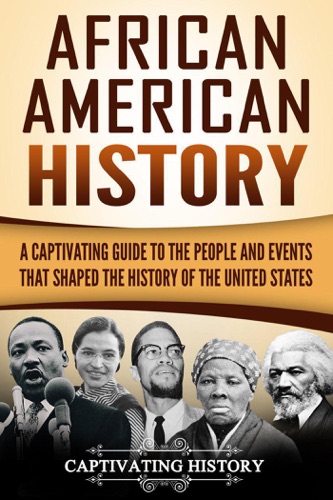 The history of African Americans is a long and tragic chronicle of events. The people who dared to stand up and speak out against the systemic cruelty and oppression were often brutally killed for their efforts. This has created a rich tapestry of defiant and courageous leaders and followers who have gradually pressed for the evolution of thought within the United States of America.

Discover personal stories, struggles and achievements of people like:

Some of the topics covered in this book include:

- The First Africans in America

- How Slaves Were Viewed

- The Fight for Independence

- The Beginning of the End of Slavery

- The Rallying Movements and Moments, and the Civil War

- Continued Oppression in Freedom and the Early Struggles for Equality

- African Americans Begin to Stand Together

- Founding of Something New Through Pain and Self-Expression

- Integration and the Civil Rights Movement

- And a Great Deal More that You don't Want to Miss out on!