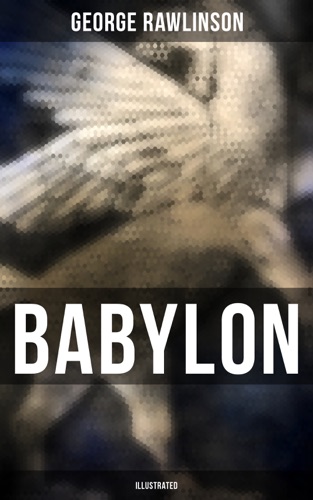 This eBook has been formatted to the highest digital standards and adjusted for readability on all devices.
Babylon was a key kingdom in ancient Mesopotamia from the 18th to 6th centuries BCE. The city was built on the Euphrates river and divided in equal parts along its left and right banks, with steep embankments to contain the river's seasonal floods. he town became part of a small independent city-state with the rise of the First Amorite Babylonian Dynasty in the nineteenth century BC. After the Amorite king Hammurabi created a short-lived empire in the 18th century BC, he built Babylon up into a major city and declared himself its king. It has been estimated that Babylon was the largest city in the world from c. 1770 – c. 1670 BC, and again between c. 612 – c. 320 BC. It was perhaps the first city to reach a population above 200,000.
Contents:
Extent of the Empire.
Climate and Productions.
The People.
The Capital.
Arts and Sciences.
Manners and Customs.
Religion.
History and Chronology.
Standard Inscription of Nebuchadnezzar.
On the Meanings of Babylonian Names.