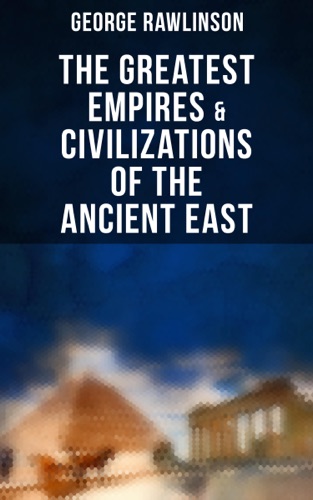 This carefully edited historical collection has been designed and formatted to the highest digital standards and adjusted for readability on all devices.
The Ancient Near East was the home of early civilizations within a region roughly corresponding to the modern Middle East: Mesopotamia, ancient Egypt, ancient Iran Asia Minor and Armenian Highlands, the Levant, Cyprus and the Arabian Peninsula. This book covers the history of the entire region through the period of over three millennia. It brings political and cultural history of eight most important kingdoms and empires of the region: Egypt, Parthia, Chaldea, Assyria, Media, Babylon, Persia and Sasanian Empire.
Content:
Egypt
Phoenicia
Chaldea
Assyria
Media
Babylon
Persia
Parthia
Sasanian Empire
The Kings of Israel and Judah
The History of Herodotus: The Original Source