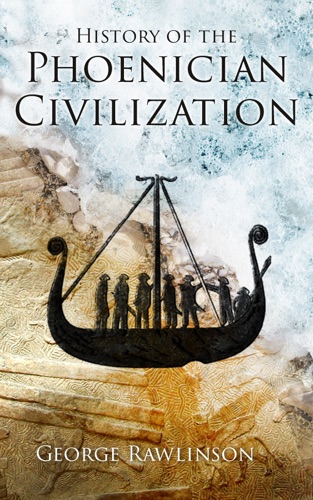 Phoenicia was a great and highly influential ancient civilization that originated in the Eastern Mediterranean. Scholars generally agree that it included the coastal areas of today's Lebanon, northern Israel and southern Syria reaching as far north as Arwad. Phoenician civilization spread across the Mediterranean between 1500 BC and 300 BC. Phoenician colonies reached the Western Mediterranean, most notably Carthage, and even the Atlantic Ocean. Phoenician writing became one of the most widely used writing systems, spread by Phoenician merchants across the Mediterranean world, where it evolved and was assimilated by many other cultures.
Contents:
The Land
Climate and Productions
The People—origin and Characteristics
The Cities
The Colonies
Architecture
Aethetic Art
Industrial Art and Manufactures
Ships, Navigation, and Commerce
Mining
Religion
Dress, Ornaments, and Social Habits
Phoenician Writing, Language, and Literature
Political History
Phoenicia, Before the Establishment of the Hegemony of Tyre.
Phoenicia Under the Hegemony of Tyre
Phoenicia During the Period of Its Subjection to Assyria
Phoenicia During Its Struggles With Babylon and Egypt
Phoenicia Under the Persians
Phoenicia in the Time of Alexander the Great
Phoenicia Under the Greeks
Phoenicia Under the Romans