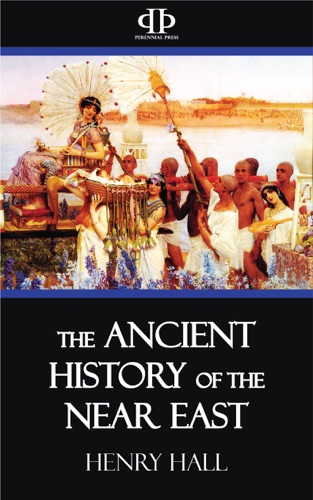 SOME thirty years after the defeat of Xerxes, Herodotus of Halicarnassus, who had travelled much in the lands of the barbarians as well as in Greece, set himself to write down for the men of his own time and for posterity the events of the great struggle and also to describe, as completely as he could, the long series of events, cause upon cause, effect after effect, which had led up to the final catastrophe. And he began from the beginning of ancient story, from the Trojan War and before that from the rape of Io. For he rightly saw that the Great Event had indeed had its ultimate origin in the furthest recesses of time, when the ancient civilizations of the Eastern Mediterranean first evolved themselves out of chaos, and the peoples of the Nile-land, of Western Asia, and of the Aegean first came into contact with each other. So he told first all he knew of the peoples of Egypt, Babylonia, Persia, and also Scythia, and of their history, and intended, we know, to tell the story of Assyria also. Everywhere he tried to trace back the first contact of his own people with these barbarians, and to identify this or that element of culture which his Greeks, whom he knew to be far younger as a nation than the Orientals, owed to the East which they had defeated. And then he gathered all the threads of his various tales together, as Xerxes gathered the peoples themselves together, for the final story of the collision of East and West, and his history marches straight without digression now, to Salamis, Plataeae, and Mykale.
In dealing with the early history of Greece he groped darkly, because, though he had all the varied store of Hellenic legend to his hand, he had no knowledge of what we know now in some degree, the real story of the first development of Greek civilization. We know that Egyptian priests could tell him the history of Cheops and of Rhampsinitos, but that no Greek could tell him that of the strong men who lived before Agamemnon. Nor do we know the true facts of their history as we do that of Cheops or Rhampsinitos, but we may do so one day, when we read the Minoan writing as we can that of ancient Egypt. Till then, we also must grope, but not so darkly as Herodotus, for modern archaeological discovery has told us the development of the heroic culture of Greece, which we can now trace back to its origins, contemporary with those of Egypt itself. So much further beyond the Trojan War and the Phoenician rape of Io can the modern λόγιοι trace the causes of the quarrel of East and West. But until eighty years ago we were as ignorant as Herodotus, and he, with the Biblical history of the Jews beside him, was our sole good authority for the ancient history of the Near East: the Sacred Record and the "profane" ὶστορίης πρύτανις told us all that mattered of what we knew...