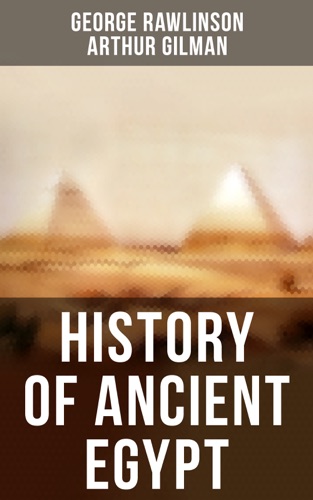 This eBook edition of "History of Ancient Egypt" has been formatted to the highest digital standards and adjusted for readability on all devices.
The work offered here was designed to supply complete account of Ancient Egypt, combining its antiquities with its history, specifically pointing out the way of the Egyptian life - manners, customs, art, science, literature and religion. Alongside the full statement of the general course of historical events, whereof Egypt was the scene, from the foundation of the monarchy to the loss of independence, this book offers the complete a deeper insight and understanding of the the great kingdom on the river Nile.
Contents:
The Land of Egypt
The People of Egypt
The Dawn of History
The Pyramid Builders
The Rise of Thebes to Power, and the Early Theban Kings
The Good Amenemhat and His Works
Abraham in Egypt
The Great Invasion—The Hyksos or Shepherd Kings—Joseph and Apepi
How the Hyksos Were Expelled From Egypt
The First Great Warrior King, Thothmes I
Queen Hatasu and Her Merchant Fleet
Thothmes the Third and Amenhotep the Second
Amen-Hotep III. And His Great Works—the Vocal Memnon
Khuenaten and the Disk-worshippers
Beginning of the Decline of Egypt
Menephthah I., the Pharaoh of the Exodus
The Decline of Egypt Under the Later Ramessides
The Priest-Kings—Pinetem and Solomon
Shishak and His Dynasty
The Land Shadowing With Wings
Egypt Under the Ethiopians
The Fight Over the Carcase
Ethiopia V. Assyria
The Corpse Comes to Life Again
Psamatik I. And His Son, Neco
The Later Saïte Kings Psamatik II., Apries, and Amasis
The Persian Conquest
Three Desperate Revolts
Nectanebo I.—a Last Gleam of Sunshine
The Light Goes Out in Darkness