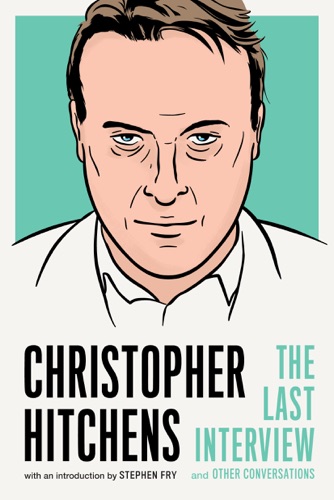 “If someone says I’m doing this out of faith, I say, Why don’t
you do it out of conviction?” —CHRISTOPHER HITCHENS

One of his generation’s greatest public intellectuals, and perhaps its fiercest,
Christopher Hitchens was a brilliant interview subject. This collection—which
spans from his early prominence as a hero of the Left to his controversial
support for the wars in Iraq and Afghanistan toward the end of his life—
showcases Hitch’s trademark wit on subjects as diverse as his mistrust of the
media, his love of literature, his dislike of the Clintons, and his condemnation of
all things religious. Beginning with an introduction and tribute from his longtime
friend Stephen Fry, this collection culminates in Hitchens’s fearless final
interview with Richard Dawkins, which shows a man as unafraid of death as
he was of everything in life.

A Life in Trauma by Chris Luke - When Dreams Come True by Rosanna Davison - Devotion by Mickey Harte - Taste by Stanley Tucci - My Name is Jhon by John Brennan - Ghostland by Edward Parnell - Live Long And . . . by William Shatner & David Fisher - Brief Answers to the Big Questions by Stephen Hawking - Hitler by Ian Kershaw - Windswept & Interesting by Billy Connolly -