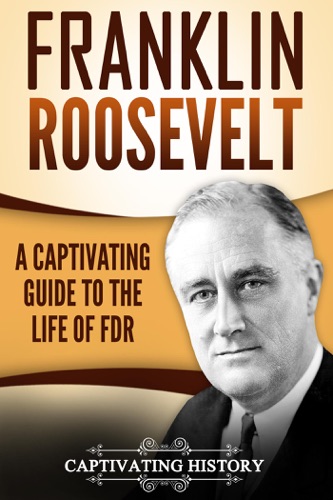 As the thirty-second president of the United States of America, Franklin Delano Roosevelt (30 January 1882—12 April 1945) is a common household name in both his home country and the world. Known as the man who led the United States through the Great Depression and World War II, Roosevelt was a leader and a statesman, a scholar and a politician. Beginning in 1933, he served as president until his death in 1945, and the general public knows much about this time in his life, with the exception of his poor health, of course, which he kept carefully hidden. Franklin D. Roosevelt is the only president to have served for three consecutive terms, and voted in for a fourth, a fact that allows him to stand out among the long list of American presidents. Notable events during his presidency include the end of the banking crisis; the enacting of the Federal Housing Administration, the Federal Communications Commission, and the Social Security Act; the long epidemic that was World War II; Roosevelt’s “Four Freedoms” speech; the Lend-Lease Act with the United Kingdom and the Soviet Union; and the Yalta Conference, among many others.

Outside of his role as president of the United States, Franklin D. Roosevelt lived a full life. He was a father and a son, a husband and a career man. He was a bank officer and attended prestigious universities—Harvard University and Columbia University Law School—before practicing law. Additionally, he served as vice president for the Fidelity and Deposit Company. Perhaps most famously, Roosevelt served as governor of New York and president of the United States while he suffered from polio. Instead of allowing the disease to keep him from living a full life, he went above and beyond, training himself to walk without the power of his legs so that his voters would not know that he suffered in any capacity. What this book aims to do is determine who Franklin D. Roosevelt was as a person outside of the spotlight. This book wants to answer questions about this man. How did he interact with his wife and family? What were his exploits and his vices? His favored hobbies?

The following is an outline of Franklin D. Roosevelt’s life that not only gives a brief overview of his best-known feats but also provides a glimpse into who he was as a person. In his inaugural address, Roosevelt said, “This nation asks for action, and action now,” and he delivered until his last written words: “The only limit to our realization of tomorrow will be our doubts of today. Let us move forward with strong and active faith.”