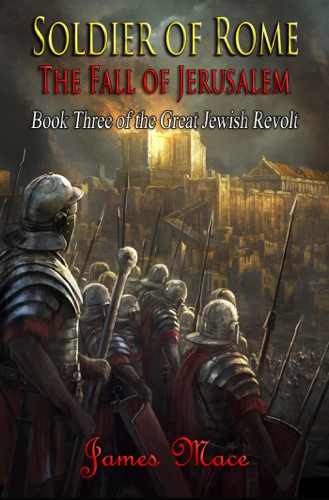 The Flavians have arisen. Following the death of Emperor Nero, four men battled to become 'Caesar' in what was now called The Year of the Four Emperors. Flavius Vespasian, the fearsome general previously in command of the furious onslaught against the rebellion in Judea, emerged victorious. As emperor, he must return to Rome, leaving his son, Titus, to destroy the rebels and capture Jerusalem.

The Judean capital finds itself under siege, not just from the imperial army but from its supposed protectors. Since the overthrow of the post-Roman government, a bitter and extremely violent struggle raged for over a year, as various zealot factions battle for control of the Jewish state. John of Giscala, who murdered the moderate, Hanan ben Hanan, rules the city through brutality and terror. His chief rival, a former Sicarii ally named Simon bar Giora, is a man of even greater ferocity who recognises neither John's government nor that of Rome. The factions descend into madness, bringing untold misery to the people of Jerusalem.

As Titus advances towards the Jewish Holy City with his massive army of seventy-thousand imperial soldiers, the warring Judean factions must decide whether to stand together against the coming onslaught or die in a bloodbath of mutual hatred.