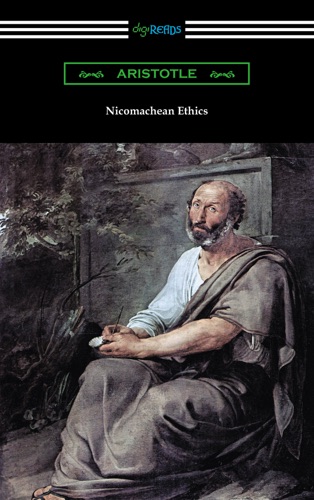 Composed of ten books and based upon Aristotle’s own notes from his lectures at the Lyceum, “Nicomachean Ethics” holds a pre-eminent place amongst the ancient treatises on moral philosophy. As opposed to other pre-Socratic works, “Nicomachean Ethics” moves beyond the purely theoretical analysis of moral philosophy by examining its practical application. Aristotelian ethics is concerned with how an individual should best live their life and at its core asserts the idea that the most virtuous life will be the happiest one. By living well, in balance with one’s environment, eschewing excess, guiding one’s life by reason, Aristotle argues, is the path towards the most virtuous and thus the happiest life. Aristotle’s ethical philosophy had a profound influence on ancient civilization, an influence that was sustained until the rise of Christianity which contradicted the premise of Aristotelian ethics by asserting that the most virtuous life was to be achieved instead by living an austere life of sacrifice devoted to God. This edition follows the translation of W. D. Ross and includes an introduction by R. W. Browne.