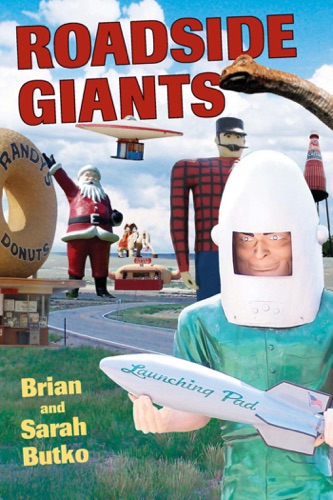 From Lucy, the colossal elephant-shaped building on the Jersey Shore, to the grand donut atop Randy's in Los Angeles, this full-color guide profiles the commercial giants that loom over America's highways. Created to sell products and promote tourism in a big way, they can be found all over the United States. The authors have traveled far and wide to bring readers the world's largest duck in Long Island, an enormous Amish couple in Pennsylvania Dutch Country, and towering Paul Bunyans all over the Midwest. There are buildings shaped like hot dogs, ice cream cones, and baskets, as well as the roadside phenomena known as "Muffler Men," giants who originally advertised mufflers but now have been converted to cowboys, Indians, spacemen, and pirates. Big fun!