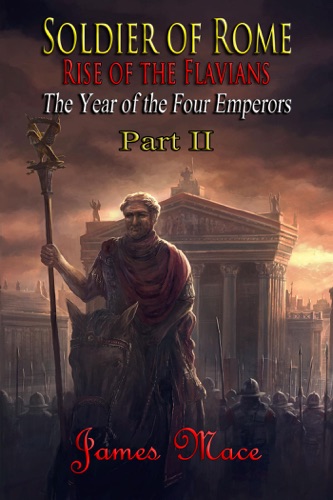 It is April of 69 A.D., and Rome's first civil war in a hundred years has ended. Emperor Otho, who violently overthrew the tyrannical Galba just three months before, is dead. The triumphant armies of the Rhine coerce the senate into ratifying their governor, Aulus Vitellius, as emperor. While there is an uneasy hope that peace has returned to Rome, Vitellius' cronyism and utter incompetence soon alienates most of Rome's patricians, along with many of the provinces.

After just two months, the imperial armies in the east, along with much of the populace, have had enough of corrupt despots. The legions in Egypt, Syria, and Judea rebel, declaring the venerable general, Flavius Vespasian, emperor. Support for his rule quickly spreads, as soldier and citizen alike demand that he put an end to the reign of the tyrants.

The Roman Empire is now divided, with Italia and the western provinces still loyal to Vitellius, while every province east of Pannonia has declared its allegiance to Vespasian. Brothers Gaius and Lucius Artorius unwittingly find themselves on opposing sides of this hateful conflict. Fathers will make war on their sons and brother will slay brother in the blood-soaked cauldron of civil war.