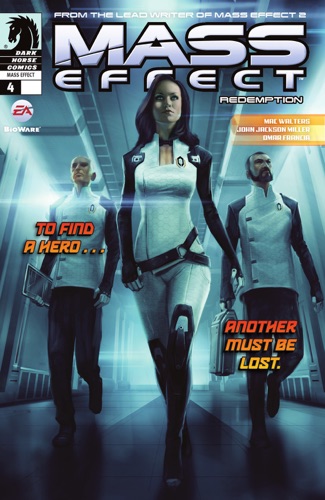 "Liara T'Soni's search for Commander Shepard's abductors comes to an end in the critically acclaimed comic Mass Effect: Redemption, but what other shocking discoveries will she make when she finds them? The comics debut of modern sci-fi's greatest epic holds surprises right up to the very end!

With far-reaching repercussions for the Mass Effect saga, this tale of friendship and loyalty in the darkest corners of the galaxy closes with an issue sure to thrill fans new and old!"