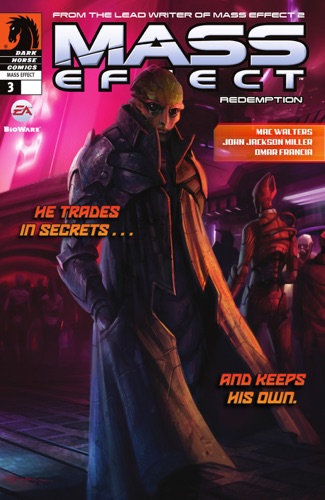 "Liara T'Soni finds herself both pursuing Commander Shepard's abductors and on the run herself as Mass Effect: Redemption nears its explosive conclusion—revealing secrets crucial to the story of Mass Effect 2 along the way!

The Mass Effect saga has revolutionized science fiction, and Mass Effect 2 lead writer Mac Walters brings all the same intelligence, drama, and action to this riveting adventure that tests the limits of what one friend will do to save another."