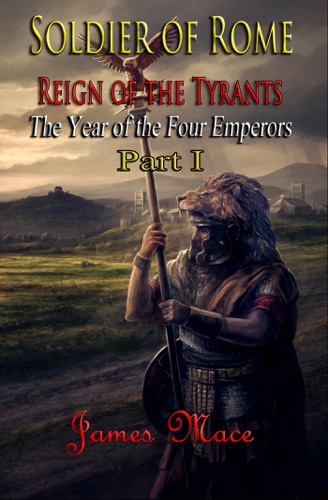 The year is 68 A.D., and the vast Roman Empire is in chaos. Provinces are in rebellion, while Emperor Nero struggles to maintain the remnants of his political power, as well as his last shreds of sanity. In the province of Hispania, the governor, Servius Sulpicius Galba, marches on Rome. In his despair, Nero commits suicide. Galba, the first Emperor of Rome from outside the Julio-Claudian Dynasty, is at first viewed as a liberator, yet he soon proves to be a merciless despot, alienating even those closest to him.

A member of the imperial court, and former favorite of Nero, Marcus Salvius Otho seeks to become the childless Galba's successor. When he is snubbed for another of the new emperor's favorites, Otho decides to take the mantle of Caesar by force. At the same time, the governor of Germania, Aulus Vitellius, is proclaimed emperor by his legions, leading Rome into civil war.

In the east, the empire's fiercest general, Flavius Vespasian, has been embroiled in suppressing the rebellion in Judea over the last two years. With nearly one third of the entire Roman Army under his command, he wields formidable power. At first attempting to stay above the fray, and with the empire fracturing into various alliances, Rome's most loyal soldier may soon be compelled to put an end to the Reign of the Tyrants.